You probably thought this was that annoying Fiverr ad, well it’s not. In this video, we are going to discuss why this commercial is AMAZING and TERRIBLE at the same time.

If you’re like me, you have been on YouTube, and you’ve seen the annoying commercial where a young lady talks about how Fiverr is the obvious choice, and those other design studios are a waste of your time and money.

The commercial starts out good.

They discuss how you should focus on running your business and meeting deadlines, not searching for freelancers “the hard way” without Fiverr. This video awesome entertaining, keeps your attention, color graded vibrantly, and even the sound effects are upbeat.

Then they make a critical mistake. 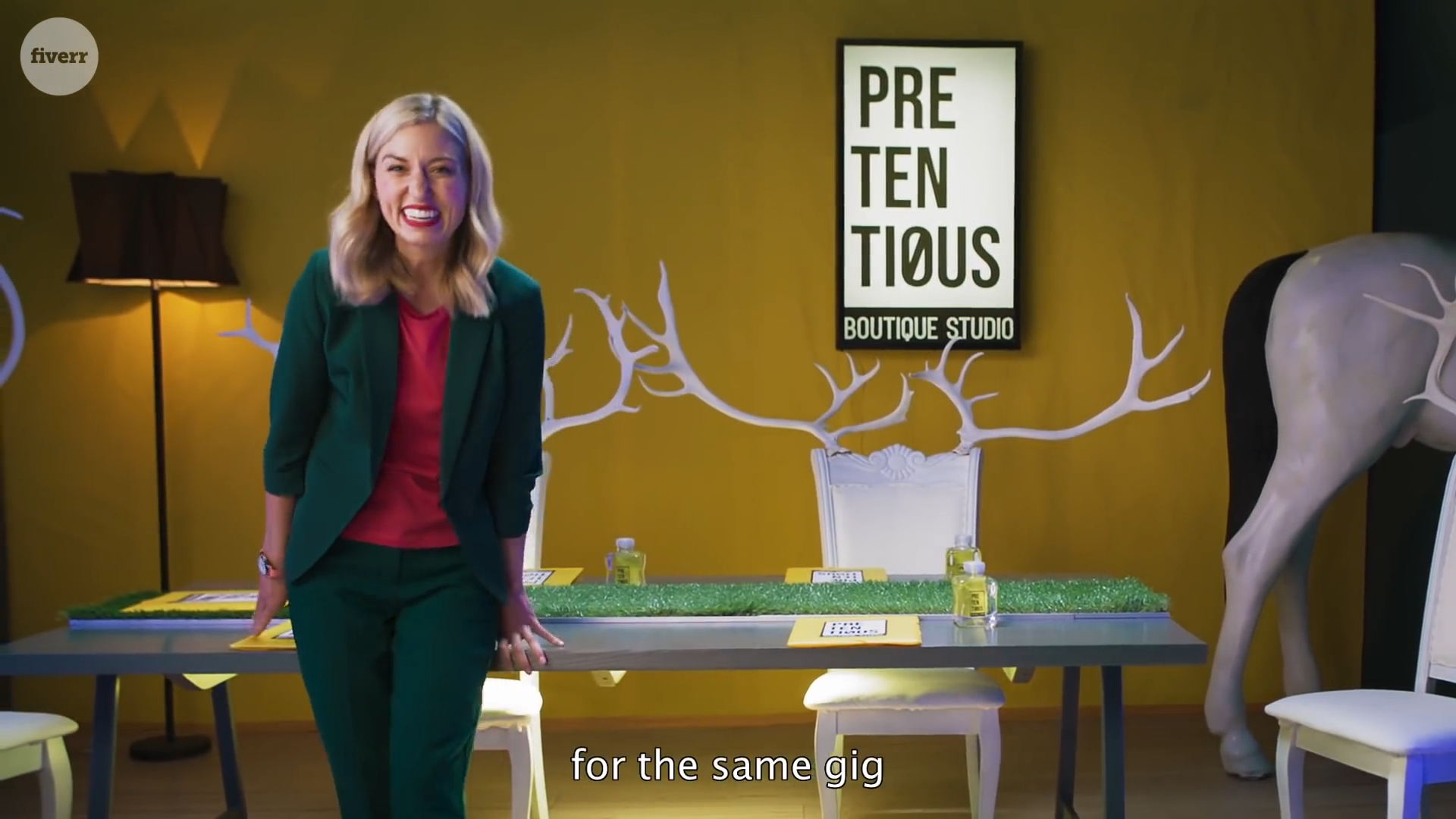 They say the following:

“Maybe simplicity just isn’t for you, so you’ll find yourself in that overpriced “boutique” studio that charges triple for the same gig…”

This was unnecessary and where the problem begins with this commercial. Fiverr went from focusing on the fact that they can save you time and money to other companies that are “overpriced.” Look at the background; it even says Pretentious studio.

As amazing as this commercial is, it glosses over the fact that sometimes you don’t need a deliverable, sometimes you need STRATEGY.

I can tell that when Fiverr wanted to run this campaign, they went to an agency, production company or studio. I can tell because this video has a strategy.

There are actually 5 of these commercials that exist which cater to different types of freelancers; their audience may be looking for this takes thinking beyond the deliverable.

They even have a guy who dresses up as 4 different types of creatives. 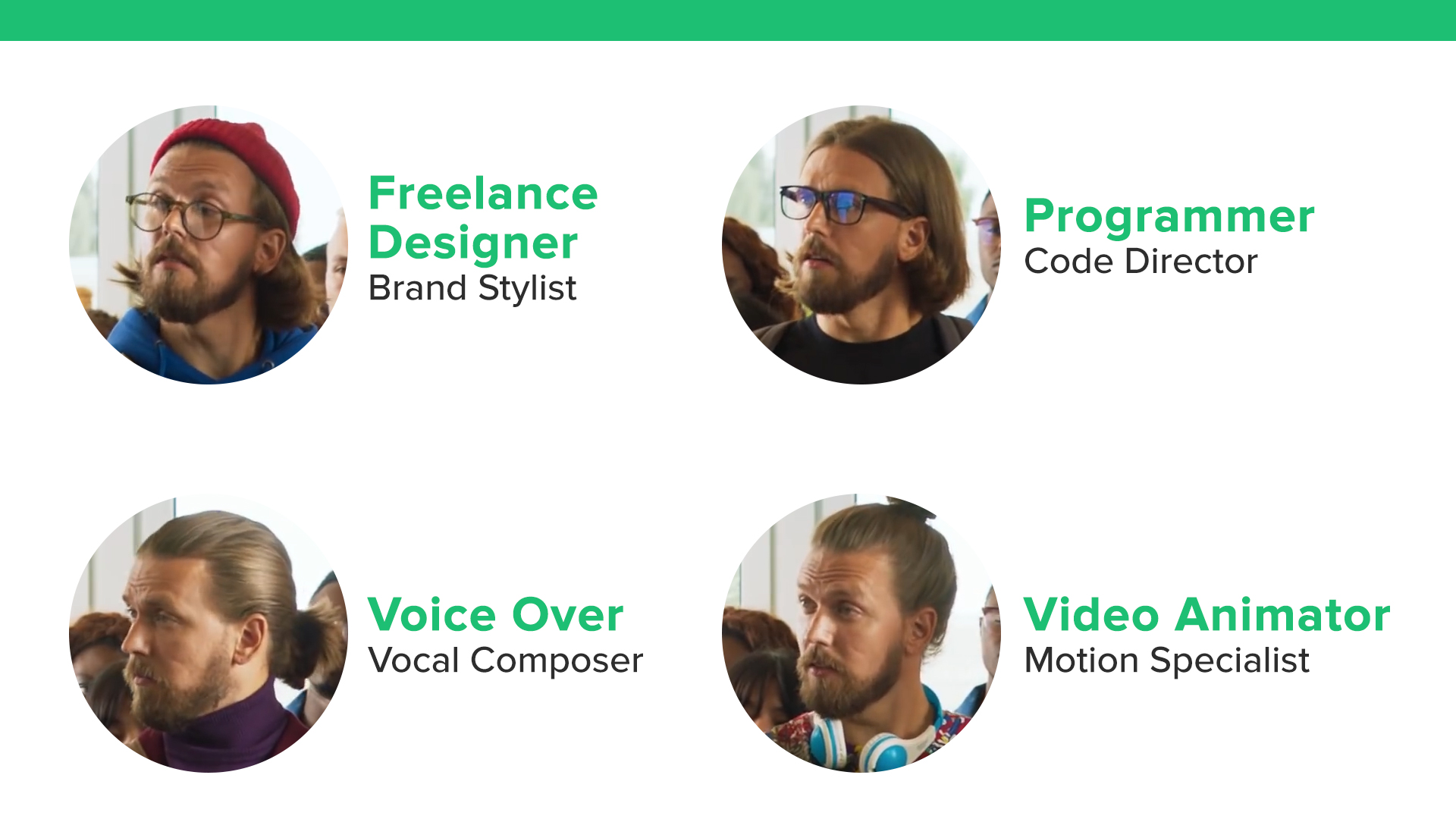 After doing some research, I found out that yes, they did work with a company and paid them a high price to get this level of quality completed. To me, this creates somewhat of an oxymoron. The commercial is calling for the viewer to steer away from “overpriced” creative studios but used the very same type of overpriced studio to create the very commercial you are watching.

I understand why Fiverr did this because when it comes to creating a STRATEGIC marketing campaign, you get what you pay for; therefore, they invested heavily in paying a studio to deliver an excellent commercial. I actually did some research and found the exact company that created this commercial, and they fall more closely in line with the type of studio the video criticizes.

The main point I want to drive home is sometimes, getting freelancers to simply “do the work” is not enough. There is a certain degree of planning, project management, and dare I say strategy which is needed to ensure success. From what I’ve seen and experienced, Fiverr’s primary offering does not widely offer this level of strategy. To further explain this point, let’s look at the full creative process. 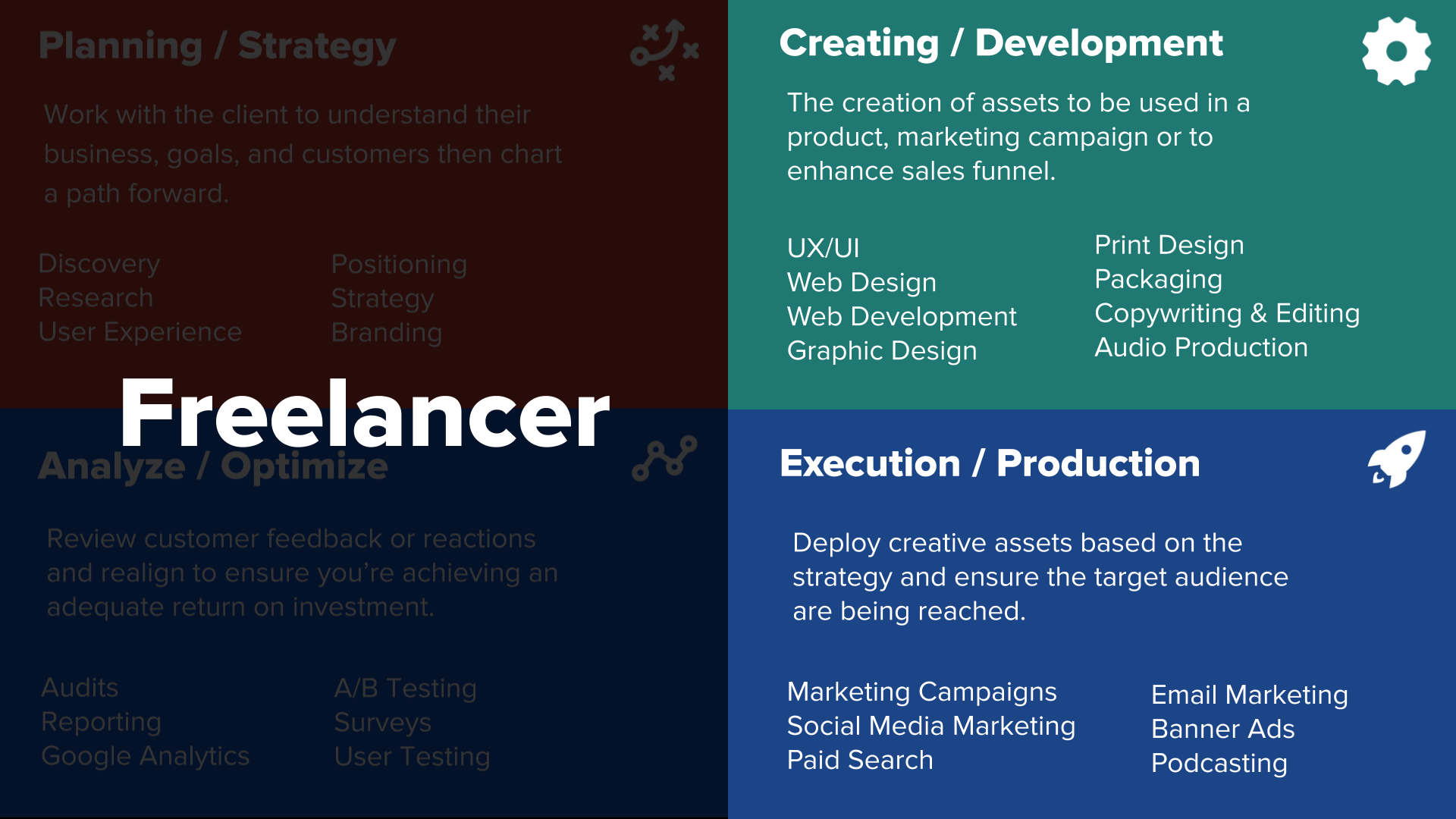 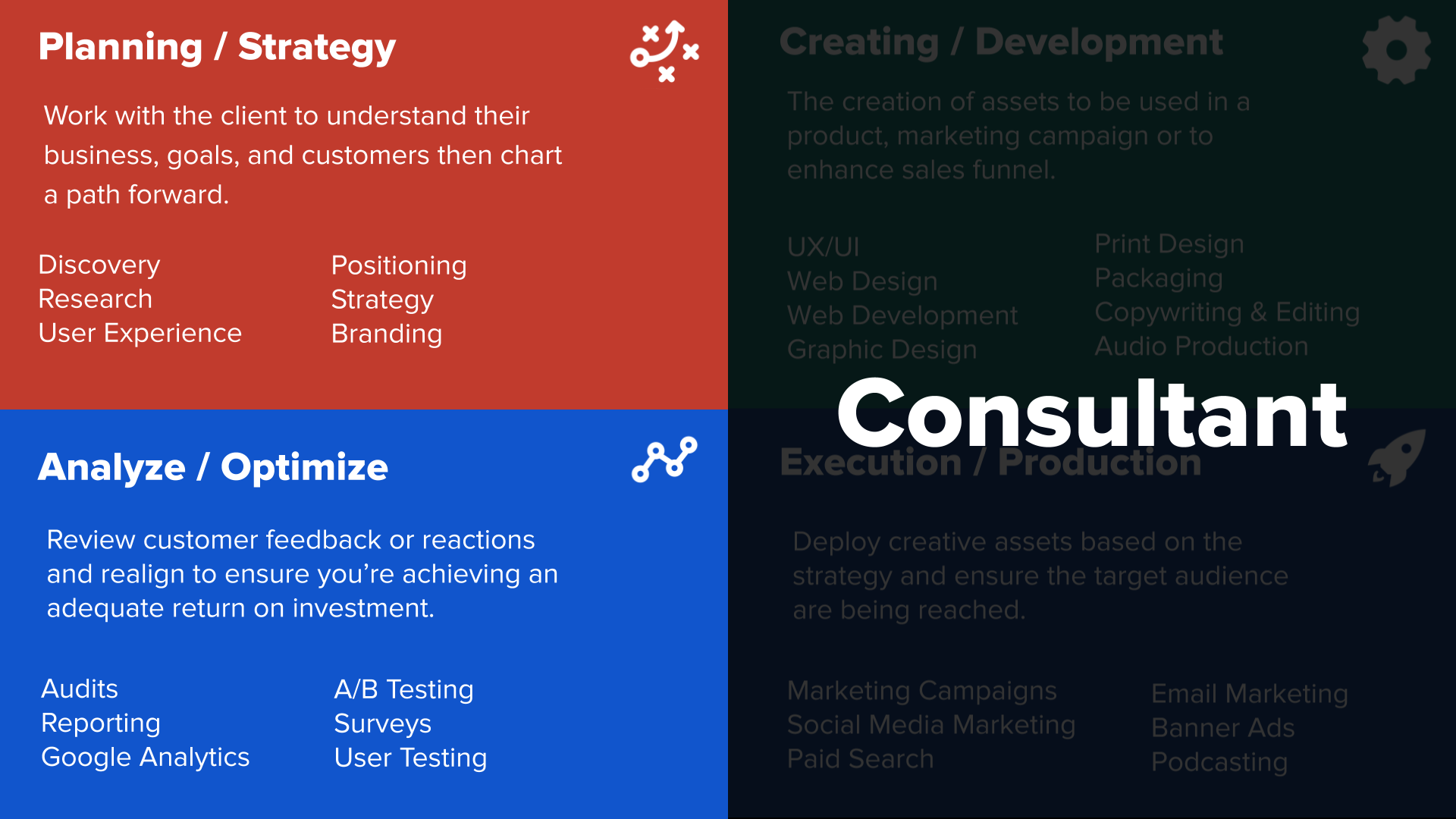 So when you need to get the work done, that’s execution (which is actually where most of Fiverr’s Sellers live), but when Fiverr needed to get something done, they chose someone who can do all of these.

The reason I called this video terrible is it started off strong then dissed studios but at the same time used an “overpriced” studio to get the level of quality they wanted, why alienate agencies and boutique studios.

What Fiverr should have done…

Everything they have done could have stayed exactly the same: hire a production crew set the strategy, shoot the footage, and then hire sellers on Fiverr to edit the video. This would show all of us you actually trust your marketplace enough for work that represents the company. Even take it a step further and chronicle the full process using Fiverr to facilitate the process.

Fiverr could have even hired a 3rd party agency and then made one of the stipulations of the marketing campaign to use Fiverr sellers for the editing process and turn this into behind the scenes marketing content.