I have debated on whether or not to write or make a video as I’ve seen some people who have written and recorded similar content who were met with trolls in the comments and multiple dislikes in the video. Still, I haven’t seen anyone discuss some aspects of this conversation, which are needed to have a long last effect for a positive change.

I’ve always prided myself on creating content that is useful and never sought to highlight my race or ethnicity because I figured if I create good enough content that it wouldn’t matter.

The recent killings involving black lives and racism is one of those issues looming in the background. But for this conversation, let’s quickly define racism so we can talk about it.

Racism – prejudice, discrimination, or antagonism directed against someone of a different race, is based on the belief that one’s race is superior.

Something birthed out of racism is systemic racism which I believe an example would better illustrate this: 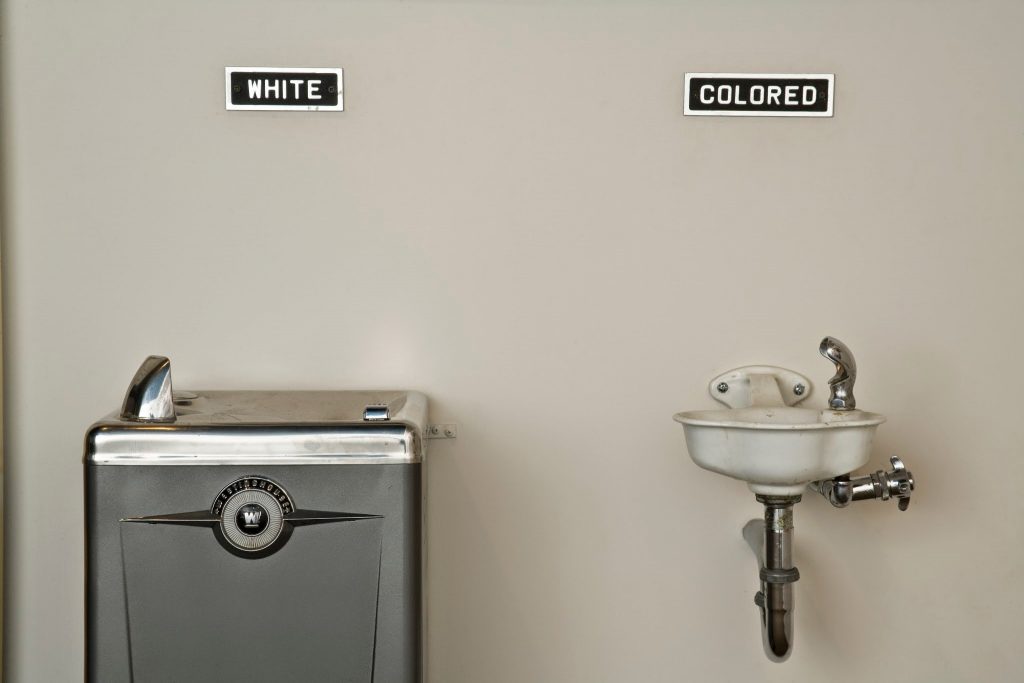 This is a picture of a 2 different water fountain based on a previous photo from Elliot Erwitt in 1950 in North Carolina. Now you can obviously see that one is better than the other. What makes this systemic racism is that there were laws that said it was illegal for a person of color to drink from the “white” fountain.

This image is passively saying white people deserve better water than “colored” people and based on our definition this is racism.

You may be thinking, Nathan, this image is from 70 years ago, and things have changed. While I will admit some things have changed for the better those came at a huge sacrifice, and I want racism is still creeping it is just not as overt or public.

Here are some examples from my life:

When I was in college, I was driving back to school after a break, and I was pulled over at night by a police offer. He approached the car and asked me how fast I was going and where I was going in such a hurry. I said Baylor because I don’t want to drive too late a night, and I’m trying to make it before Sunday.

The officer then asked for my driver’s license and said, do you really go to Baylor? I said yes, he then asked if I had an ID to prove it. I was let off with a warning, but the look on his face showed disbelief that I really went to a Baylor and what’s worse went to Baylor and didn’t play sports.

It didn’t matter that I made all A’s my entire life and received an academic scholarship. It was not believable that a black man went to Baylor without playing sports.

White Lady: oh, thank God you were such a great help, the last web company was just incompetent, they were a bunch of black guys.

Me: Well, maybe they just couldn’t help you.

White Lady: Are you black?

She stumbled over her words said thank you and hung up. She had a belief the previous company she worked with was incompetent BECAUSE they were black. Based on our definition, this is behavior that reflects racism.

The woman indeed had a bad experience, but their race wasn’t the reason, I just disproved that by helping her.

Suspect In My Own Driveway

I was renting a house in Houston in a gated community, and I had live in the house for 3 years. A friend and I are in the driveway trying to fix something on the back of my car, and a white woman pulls us to us in a truck:

White Lady: Do you all live there?

White Lady: “Okay, I was just checking, you know there have been some break-ins

Again why did she not stop at any other people’s house she did not recognize. She stopped at my house because I was a black guy looking at a car and even took it a step further by justifying it as a way to prevent “break-ins” so if you connect the logic, she thinks black people in this neighborhood are more likely to steal. (This was a similar assumption with Ahmaud Arbery).

The fact is I have many more stories that are a lot more severe and aggressive, but I told the stories that were more subtle because I believe they highlight the real problem here, which is the mentality that…

People of color have nothing of value to offer.

This is where we begin to place others in stereotypical buckets, and the danger with stereotypes is that people believe them and some people who believe them are placed in positions of power and make decisions on the law informed by stereotypes instead of facts. Once this happens, you have systemic racism.

Where not aware of the severity of racism.

You are aware of racism but choose to do nothing about it.

You are ready and willing to take action to build a better tomorrow.

Out of those 3, I hope that you would want to be in the third category of working for change. If you are a creative professional and are wondering what you can do, it’s not another design challenge, donation, video share, retweet, or single-day post. There is something powerful you can do, which will have a lasting impact for generations to come.

If you are willing to work for change, you will have to take intentional action to highlight black people to prove that they have something of value to offer beyond being a statistic or a stereotype.

This means if you have a platform, you will have to intentionally plan to have black people represented in all aspects of your platform. The only way to combat the fallacy that black people do not contribute to our society is to prove that our society wouldn’t have value without them.

So there may be people in your community right now, but they don’t feel comfortable talking to you because they don’t want to voice their feelings to someone who is not serious about taking action.

When black people are not a part of your platform beyond a myopic inclusion, it passively says that no black people are doing anything important enough for us to feature, which is simply not true.

So if you’re someone who wants to make lasting change, you will have to make a commitment. Here’s an example if you host a conference, you can say, “from this point forward, I will feature 30 – 40% of my keynote speakers will be someone of color.“

The reason you have to plan and commit to doing this is because right now, by default, you do not feature people of color as often as others.

If you do not know of any creatives to feature, ask, there are thousands of people of color doing amazing things, ask, and it shall be given.

We have taken the first step awareness; this should lead to listening, understanding empathy, action, support, donations, voting, and so much more.

I’m here if you need a sounding board or more explanation on anything I touch on here. There’s just so much. Thank you for taking the time to listen.